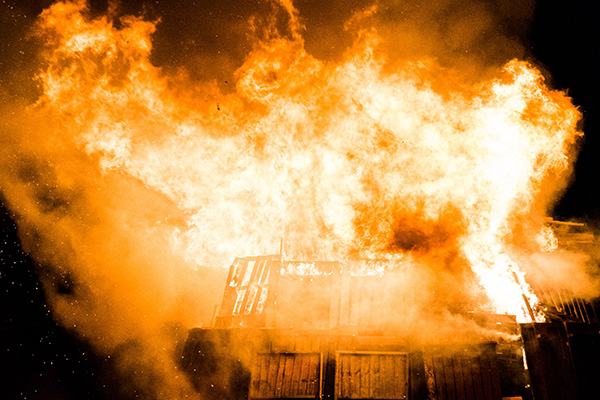 The Queensland state government has introduced new smoke alarm laws. Here’s what’s changing and how it affects you.

It’s something that nearly all of us dread.

The silent killer… While the entire house is fast asleep fire breaks out. Small at first but growing in size and intensity often with appalling consequences…

Over 70 people will die every year in Australia as a result of fire, with many more suffering from smoke inhalation and serious burns. Even if you are spared serious injury a major fire will result in the loss of possessions and in the worst cases, your home.

Did you know that more people are actually killed by the toxic effects of smoke inhalation than by fire itself, with children being the most likely victims?

Not only is it vital, but it is the law in Queensland that you have a system of working smoke alarms in your home that will sense smoke and warn you of a fire by sounding an alarm that is almost impossible to ignore, giving you time to escape.

What’s changed and how does it affect you

New smoke alarm laws now mean that all Queensland dwellings must have interconnected photoelectric smoke alarms in all bedrooms, hallways that connect bedrooms with the rest of the dwelling and on all levels. A 10-year rollout of the new laws commenced on the 1 January 2017 and will see all dwellings becoming compliant over three distinct phases.

To comply with the new laws all newly installed smoke alarms must be photoelectric, connected to the mains and interconnected with one another. The stages are:

So, what’s the difference between the new Photoelectric smoke alarms and the ones we have now?

Most installed smoke alarms are Ionisation smoke alarms that ‘smell’ smoke – the exact opposite to Photoelectric alarms that use optical or photo-optical technology to ‘see’ smoke by detecting visible particles in the air.

While ionisation alarms are excellent for detecting fast-flame fires most fires aren’t of this type. The vast majority of house fires are of the slow, smouldering type, slow-burning with lots of smoke but no flame and readily detected by photoelectric alarms – even at night when you’re asleep – when most fires occur. You’re also less likely to have a false-alarms from cooking smoke in the kitchen and photoelectric alarms don’t contain the small amount of radioactive material the renders them susceptible to this problem.

What to do next

To keep your home safe and know that your new smoke alarms have been properly and safely installed, get in touch for a quote.

Photo by Stephen Radford on Unsplash

For more information about Task Industries and the services we offer across Brisbane, call our friendly team today on: